In 2014 an EwF team investigated active faults in southeast Kazakhstan. We focussed on the area around the Ili Basin because we already knew that active tectonics were forming the landscape there and we wanted to find out which of the many faults are the most active ones. This would allow us to better understand the tectonic processes in this continental setting and to help assessing the seismic hazard. We mapped a large number of fault scarps on satellite images before we went to the field. In the field, we used DGPS and our heli-kite to measure the offsets. In one case we opened a palaeoseismological trench across the Toraigyr Fault to find out about the age of the last strong earthquake. Actually, we found evidence for not only one but two surface-rupturing earthquakes in the past ~40,000 years. The offsets of sediment layers and the length of the surface rupture allowed us to estimate the earthquake magnitudes. Radiocarbon and IRSL samples were used to date those sediments.

We were surprised that only the most recent earthquake that happened around 3,200 years ago had an expression at the surface. The effects of the penultimate event could not be seen at all above the ground. In this semi-arid to arid setting fault scarps can be preserved for thousands of years, but erosional and sedimentary processes had obviously obliterated the fault scarp in between the two earthquakes.

This discovery has two important implications:

This study illustrates that fault mapping from satellite images alone might be incomplete and that field studies are essential to see the entire picture.

Our findings were now published in EPSL: 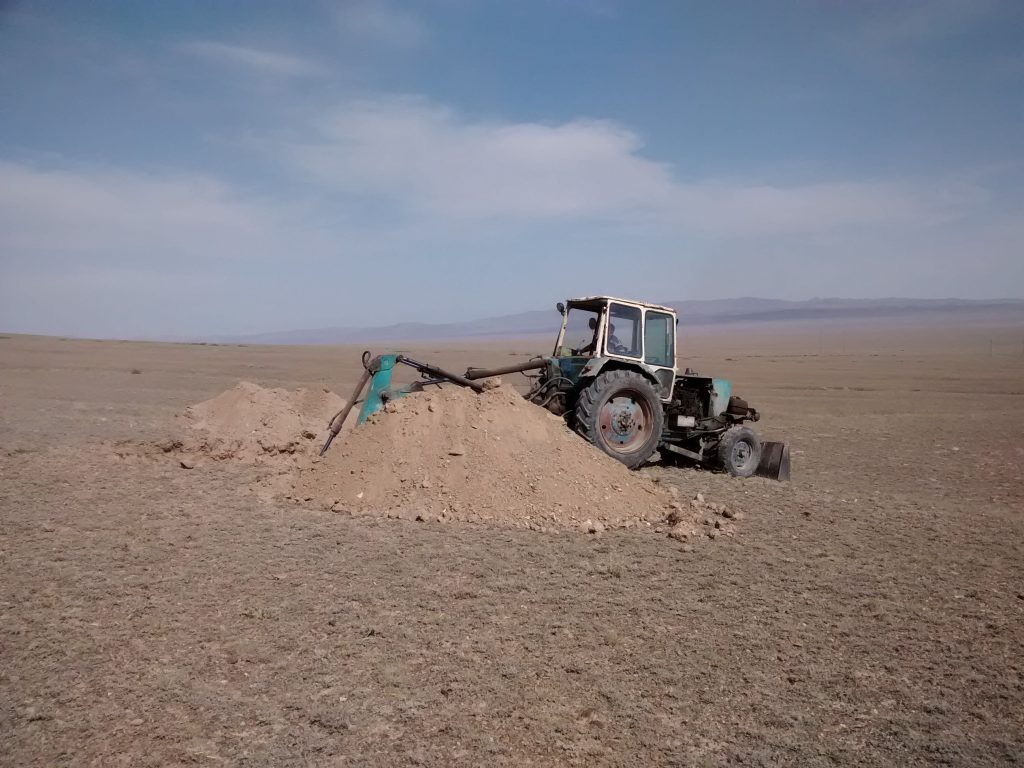 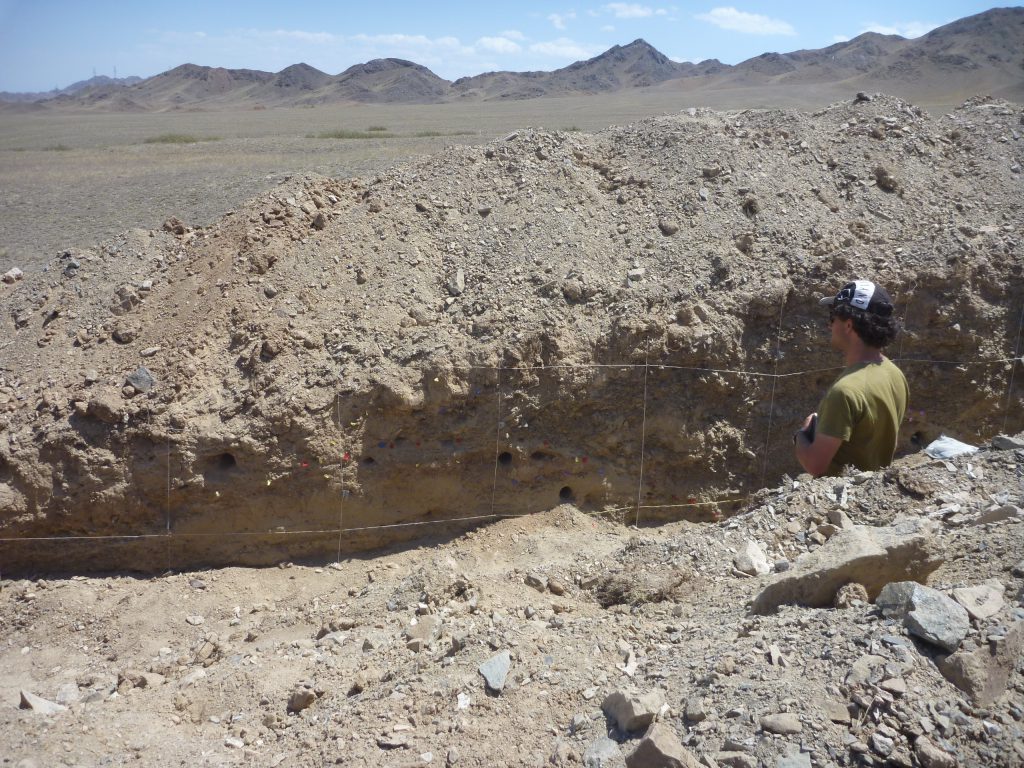 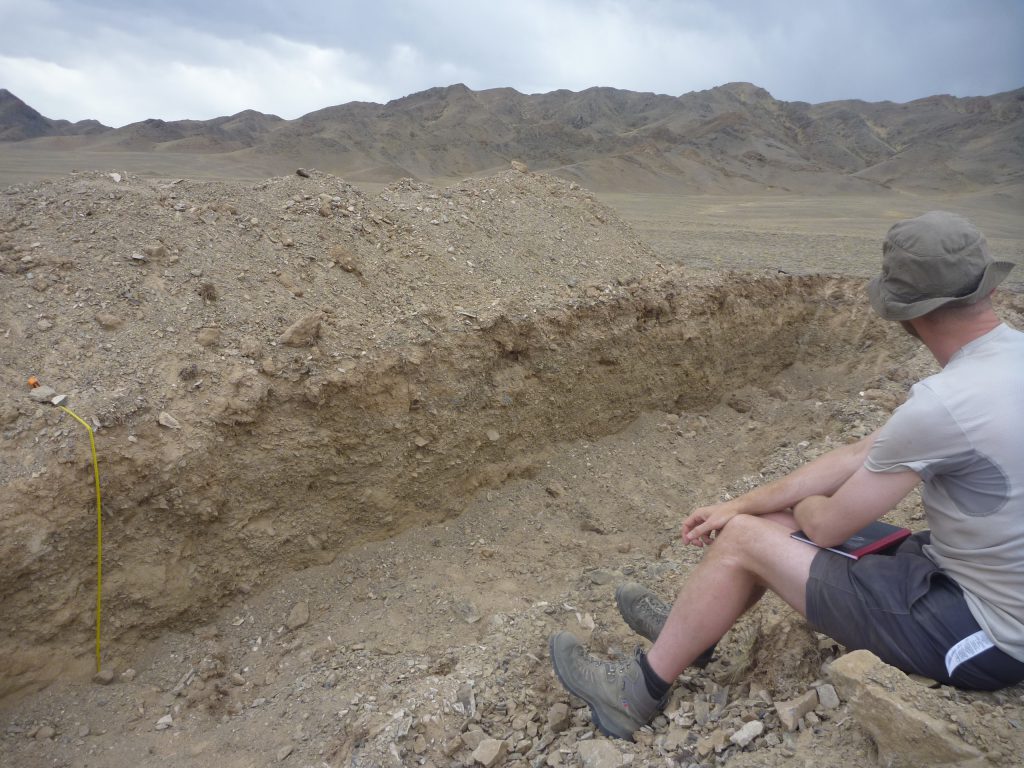 Richard trying to estimate the amount of offset. 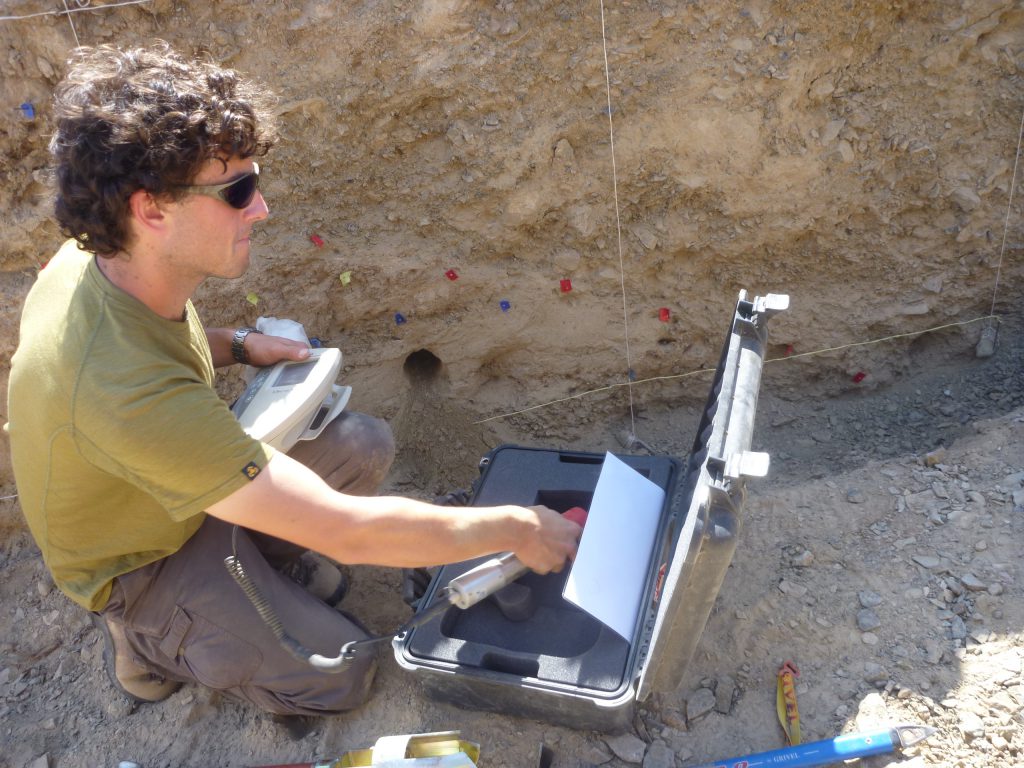 Measuring the Gamma dose of the sediments. 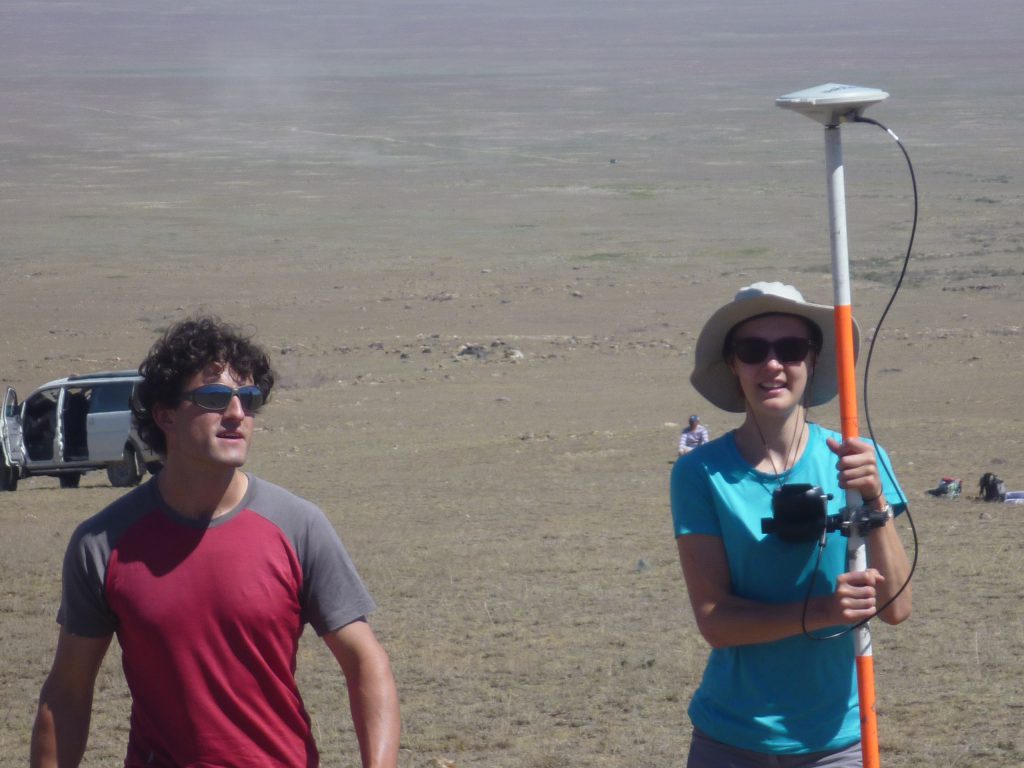 Emily and David measuring DGPS profiles across the fault scarp. 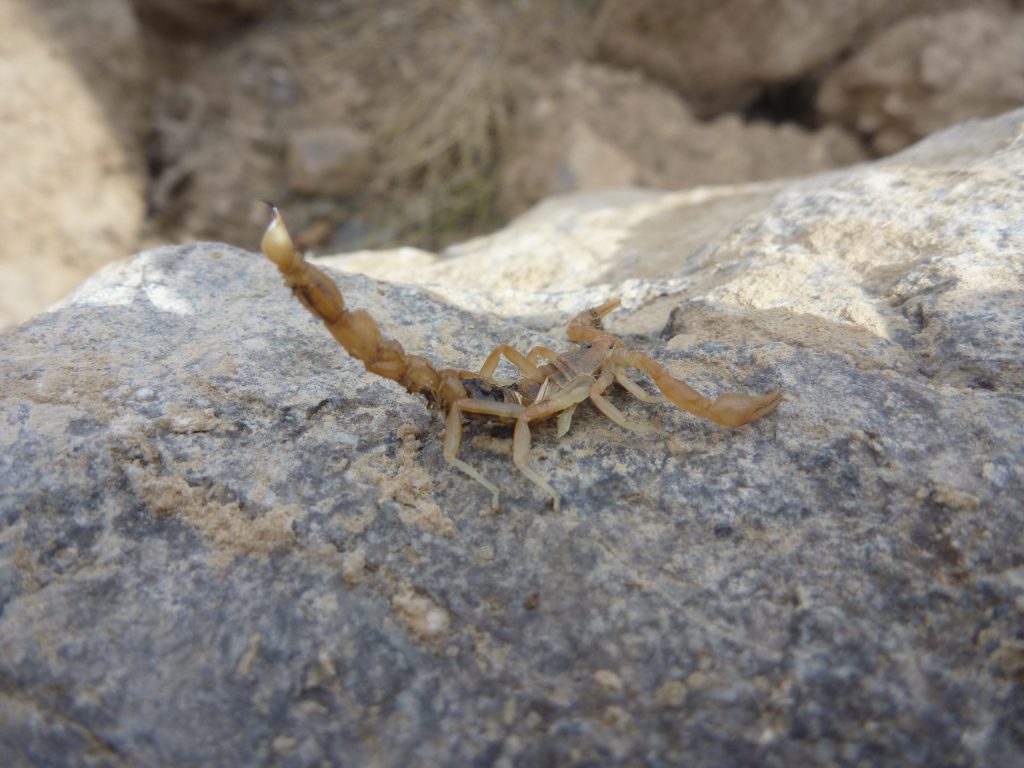 A guest during field work.