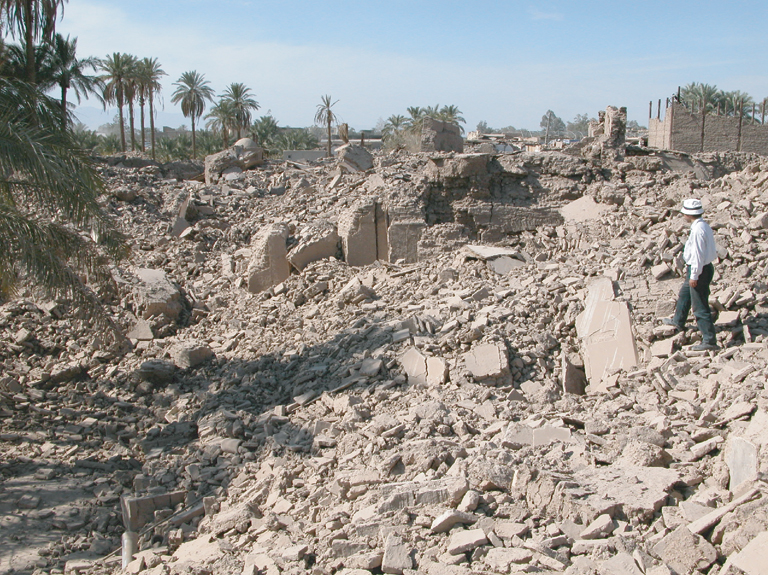 The city of Bam, southeastern Iran, in the aftermath of the 26 December 2003, Mw 6.6 earthquake. This earthquake, which took place on a fault whose existence was previously unsuspected, caused the deaths of more than 26 000 people.

Between 2 and 2.5 million people have died in earthquakes since 1900. Approximately two thirds of those deaths occurred in earthquakes in the continental interiors. Over that time interval, advances in the scientific understanding of earthquakes have been translated into impressive resilience in places where the hazard is well understood. Comparable advances have not, however, taken place in most parts of the continental interiors, where the hazard is still much less well identified and poorly understood.

The Earthquakes without Frontiers partnership brings together a group of earth scientists with a long track record in integrated earthquake science, social scientists that have extensive experience in exploring the vulnerability and resilience of communities in disaster-prone regions, and experienced practitioners in the communication of scientific knowledge to policy makers (see links for partners).

The project has three overarching objectives:

In each of the earthquake-prone regions on which the project will focus, we will be working closely with local scientists, policy-makers and organisations, both government and non-governmental.

A sheet briefly describing Earthquakes without Frontiers may be downloaded in Chinese, English, Nepali and Russian.

Earthquakes without Frontiers within the UK