Turkmenistan hosts one of the most spectacular faults in Central Asia. The Ashgabat Fault is a more than 300 km long strike-slip feature with a significant vertical component of motion and a remarkable expression in the landscape. Ashgabat, Turkmenistan’s capital, is located at the foothills of this fault and was heavily damaged by a strong earthquake in 1948. Little is known about the tectonic background of this earthquake and whether it occurred on the main fault or on another tectonic structure. For various reasons, we also do not know much about the slip rate of the Ashgabat Fault and its earthquake history. With more information we would better understand the seismic hazard for Ashgabat and how the regional tectonics work. An EwF team has conducted some preliminary field work in late 2016 to reveal some of the fault’s secrets and to gather data for future detailed field studies.

Panoramic view of the mountain front. 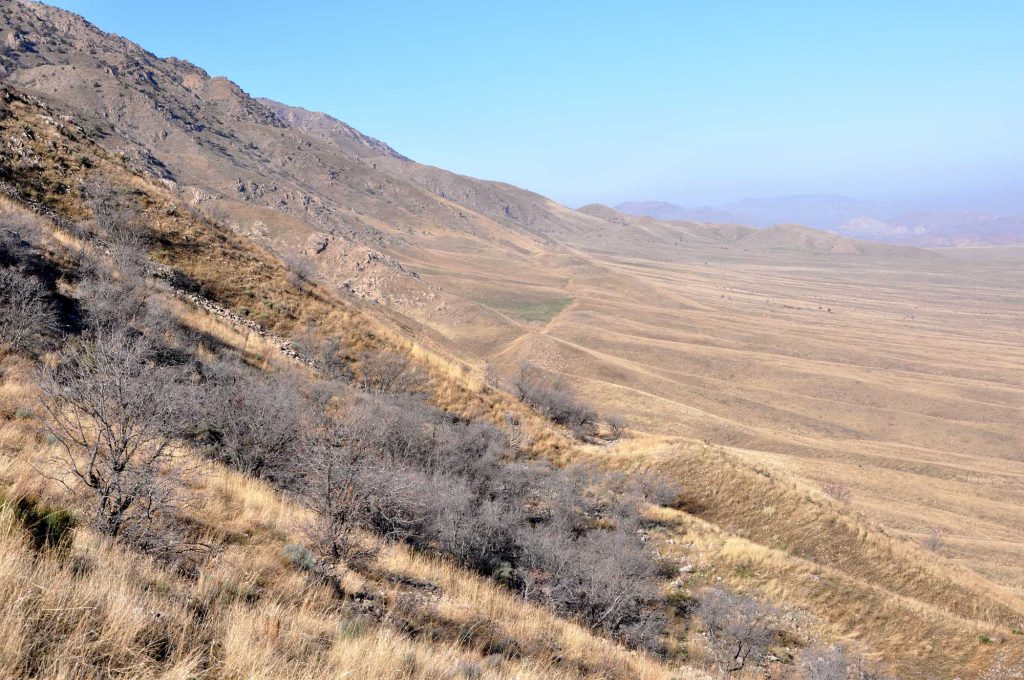 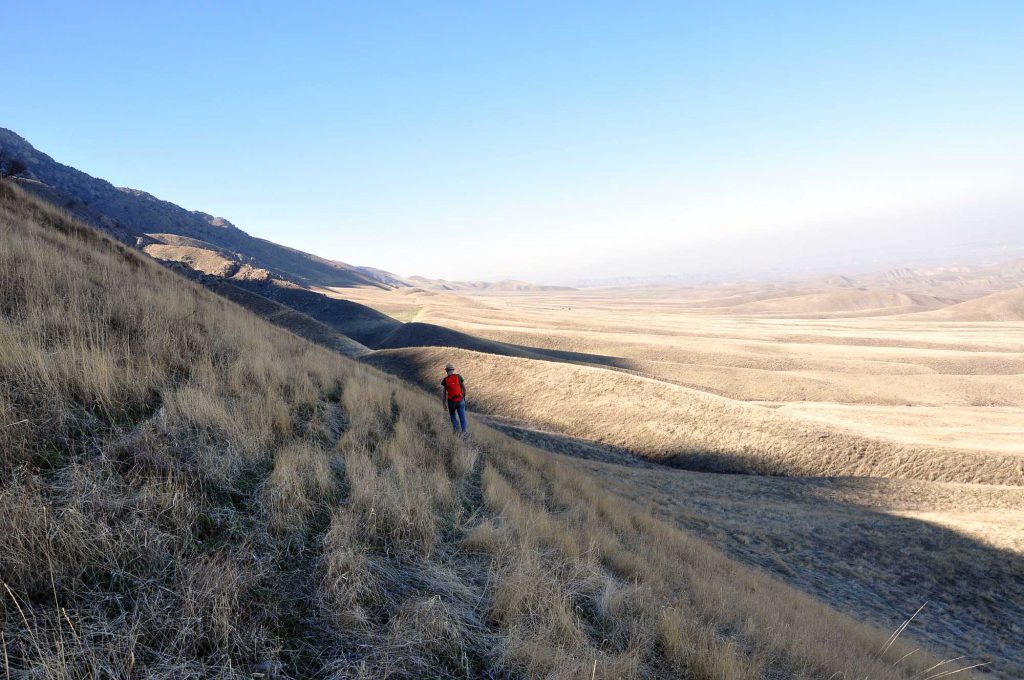 Walking along the fault scarp.

We focussed on those parts of the Ashgabat Fault that exhibit hints for strong past earthquakes in the landscape. At several locations we visited offset morphological features such as deflected streams and displaced alluvial fans. They can tell us about the cumulative amount of offset that happened in the recent geological past. We measured the offsets with differential-GPS and produced high-resolution topographic data sets to reveal even subtle tectonic deformation. 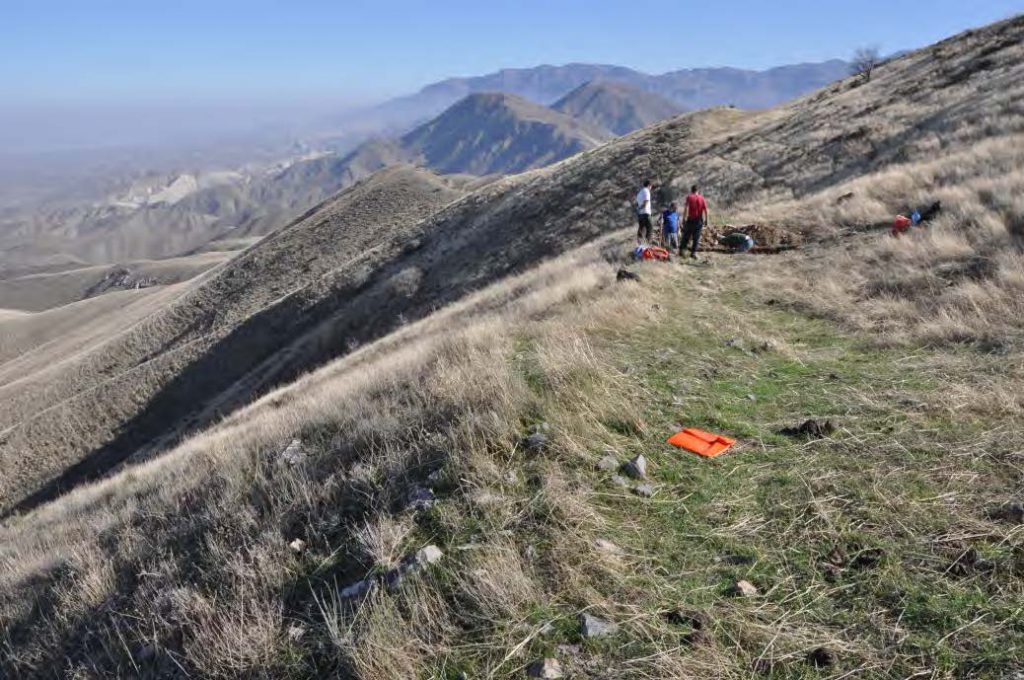 Digging a pit across the fault scarp. 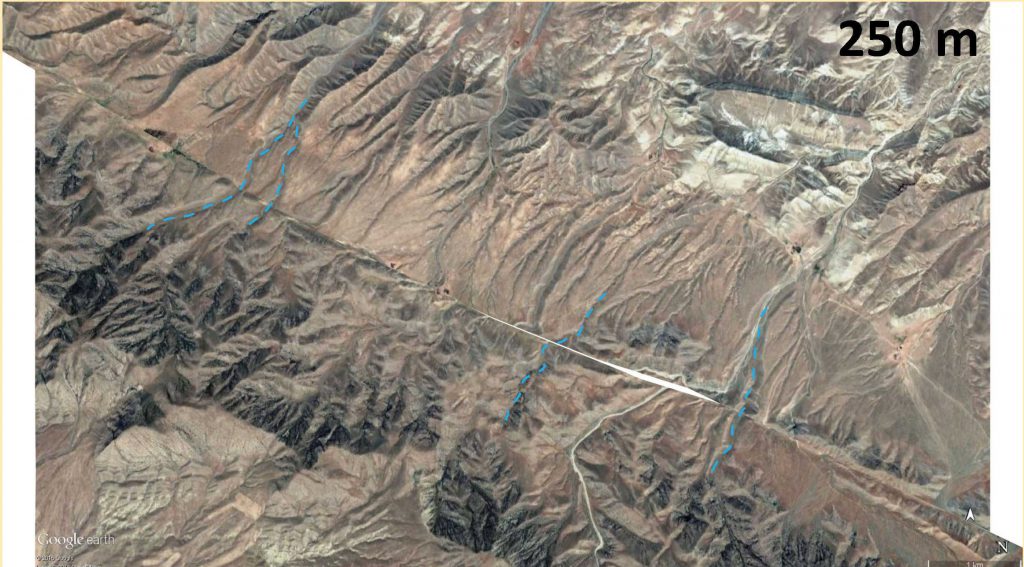 In order to calculate a fault slip rate we need to know the age of the deformed landforms. We dug pits into alluvial fans and river terraces to take samples for optical stimulated luminescence dating. This technique is used to measure for how long a sample has been shielded from sunlight. In our case we wanted to find out when the sample had been deposited and consequently covered by younger sediment layers. 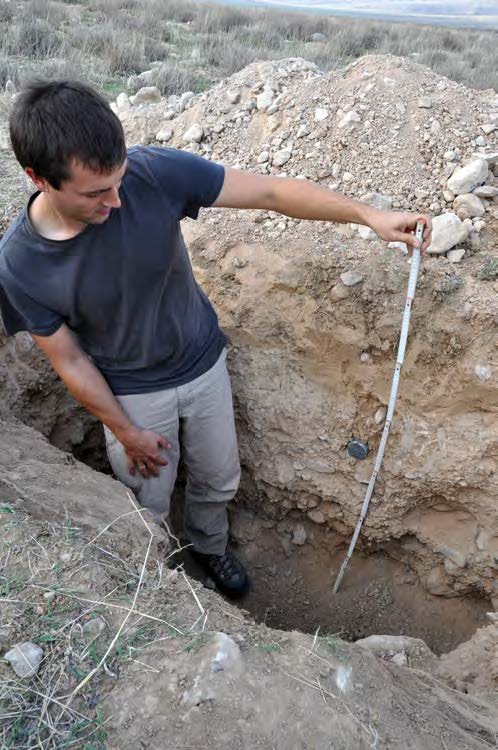 At one location we encountered a fault scarp that was probably produced by a strong, surface-rupturing earthquake. We excavated a pit across this scarp to have a close look at the deformed sediments and to take samples. Similar offsets were also found in a river bank. 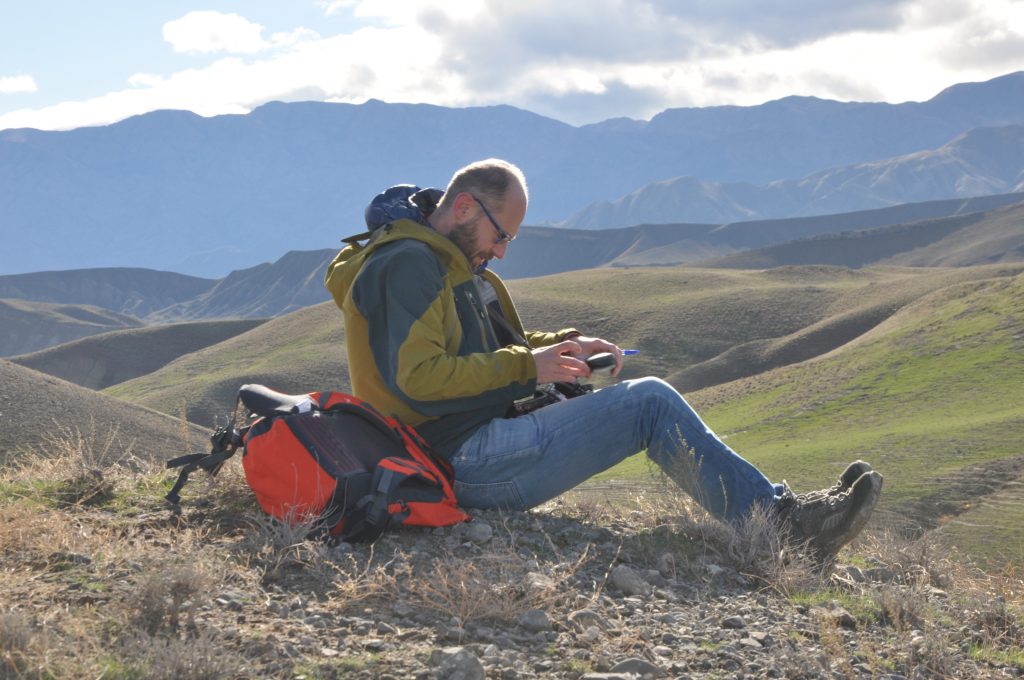 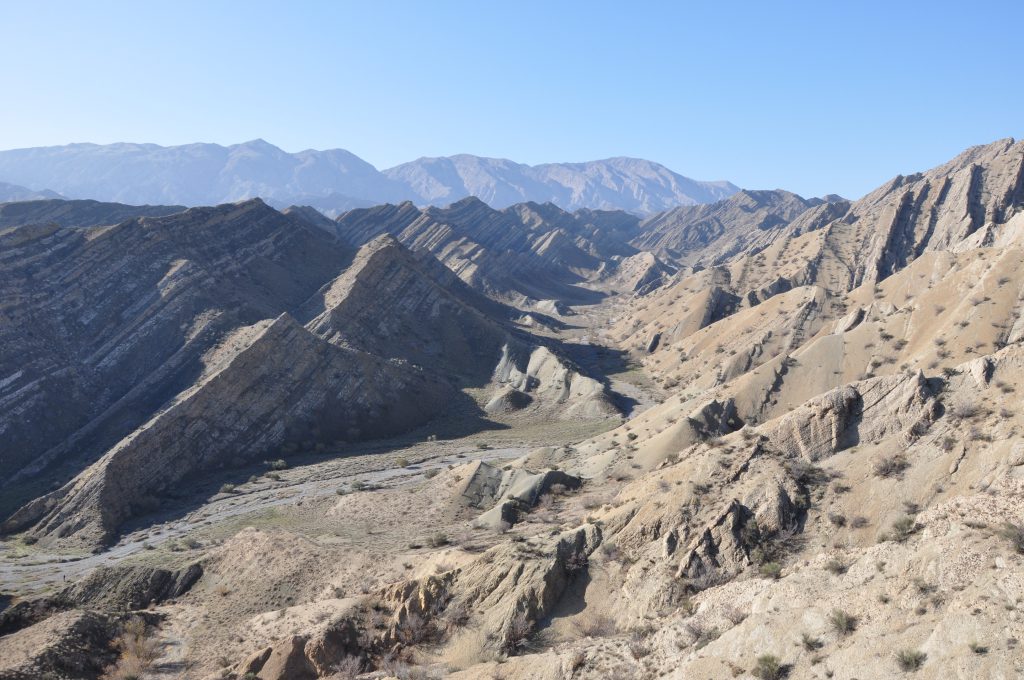 Beautiful mountains with almost no vegetation.

The field work was made possible by our colleagues from the Institute of Seismology, National Academy of Sciences of Turkmenistan. G. Begenjev, Y. Bezmenov, R. Mirzin, and M. Sadykov did not only organise all the logistics and led us to the most interesting sites, but also introduced the exquisite local cuisine. We experienced great hospitality and were amazed by the beauty of the landscape. Thank you very much! 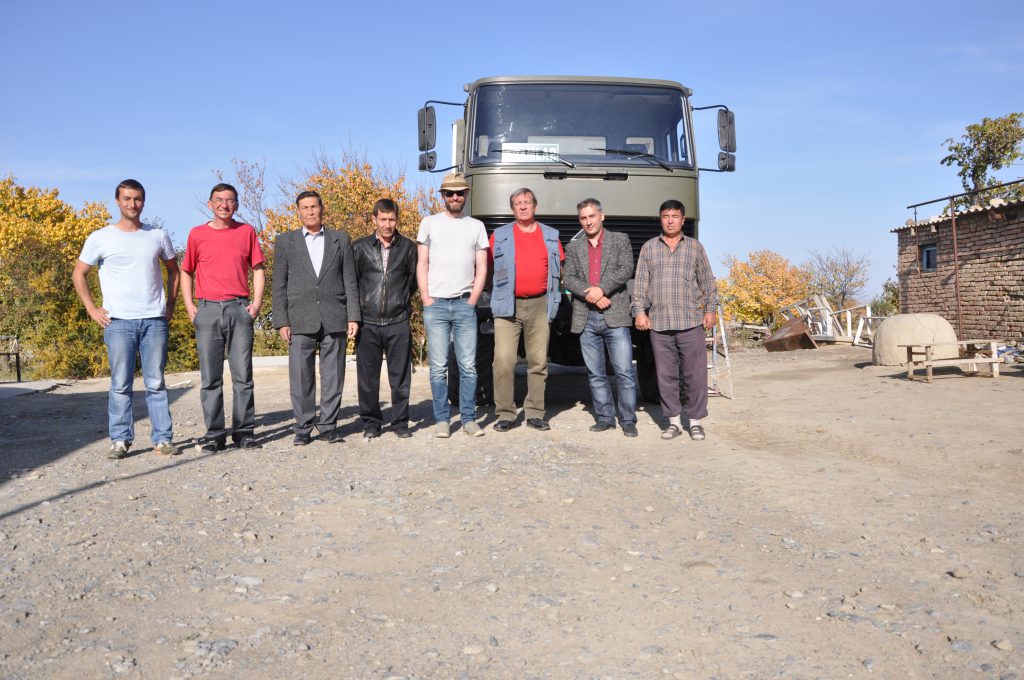