Field work campaign on faults and earthquakes in Kazakhstan and Kyrgyzstan

One focus of EwF is to investigate the active faults in the Tien Shan. We map them from satellite data and in the field, we measure their slip rates, and we reconstruct their earthquake history. These studies help us to understand how the continents deform. The data we gather can also be used to better assess the seismic hazard in Kyrgyzstan and Kazakhstan. 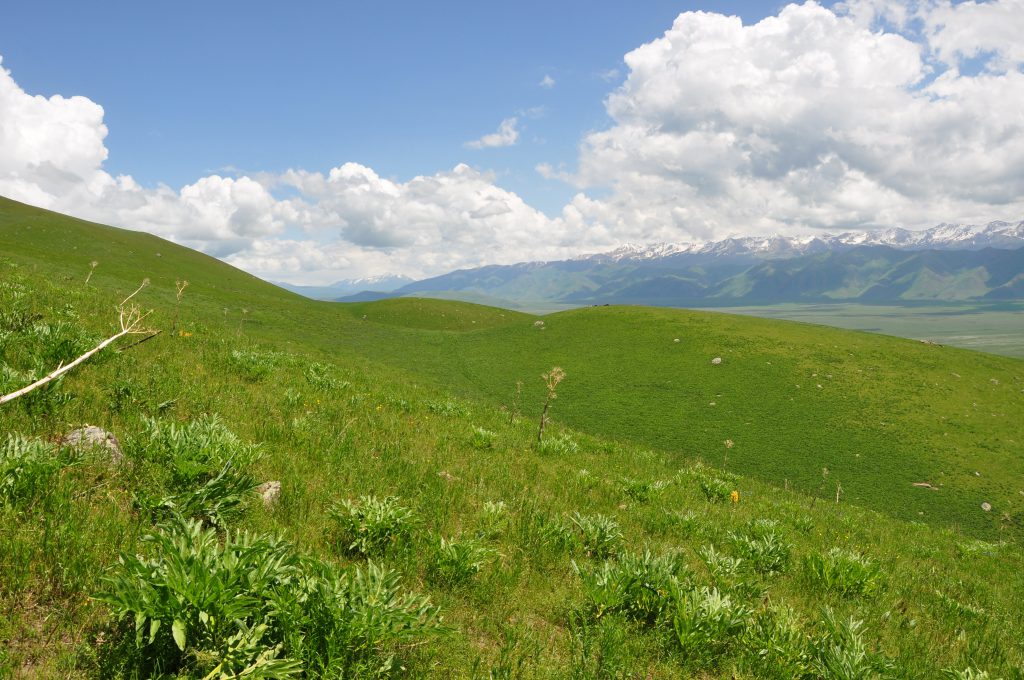 The uphill-facing step in slope marks teh active fault here. 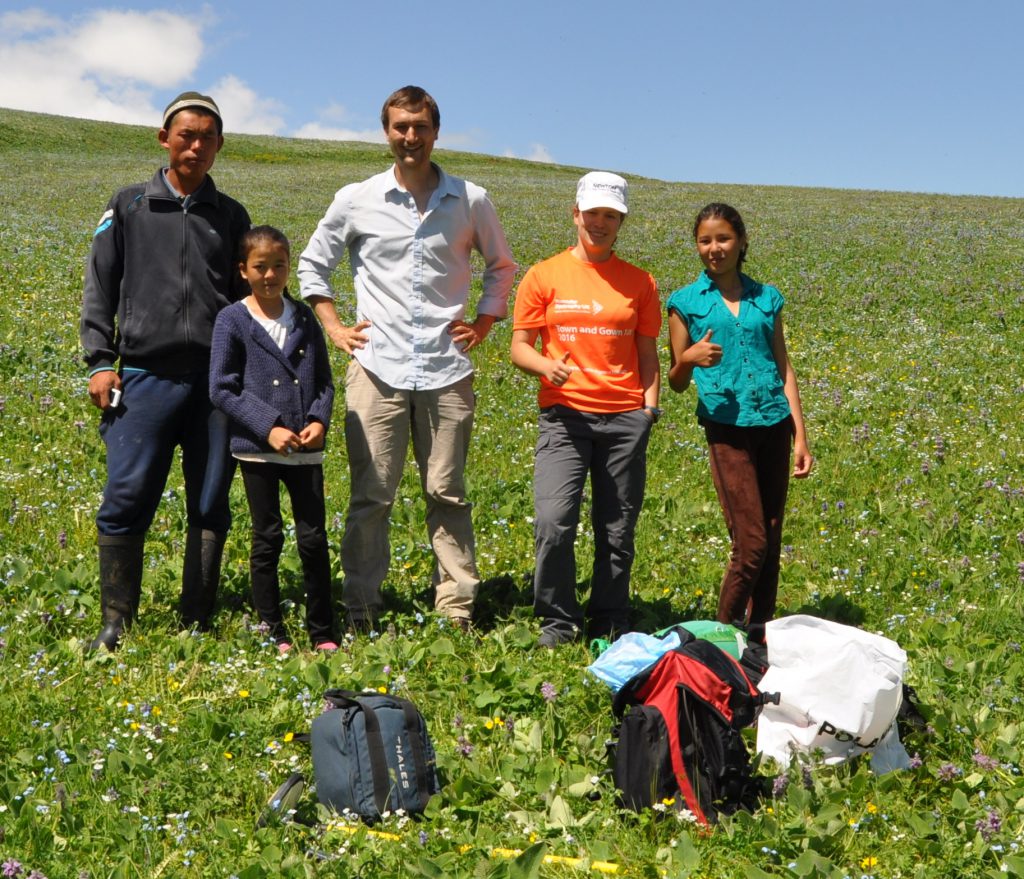 Meeting the locals in Suusamyr.

This year’s first field campaign on faults in the Tien Shan led us to the Suusamyr valley in Kyrgyzstan. Here, Eleanor Ainscoe (Univ. Oxford) and me, Christoph Grützner (Univ. Cambridge), used drones to map the effects of the 1992 M7.2 earthquake that caused primary surface ruptures and lots of secondary effects. We also investigated other active faults and folds in the basin. From the aerial imagery we will calculate high-resolution elevation models, and several pits and trenches will allow for the dating of offset geological markers. 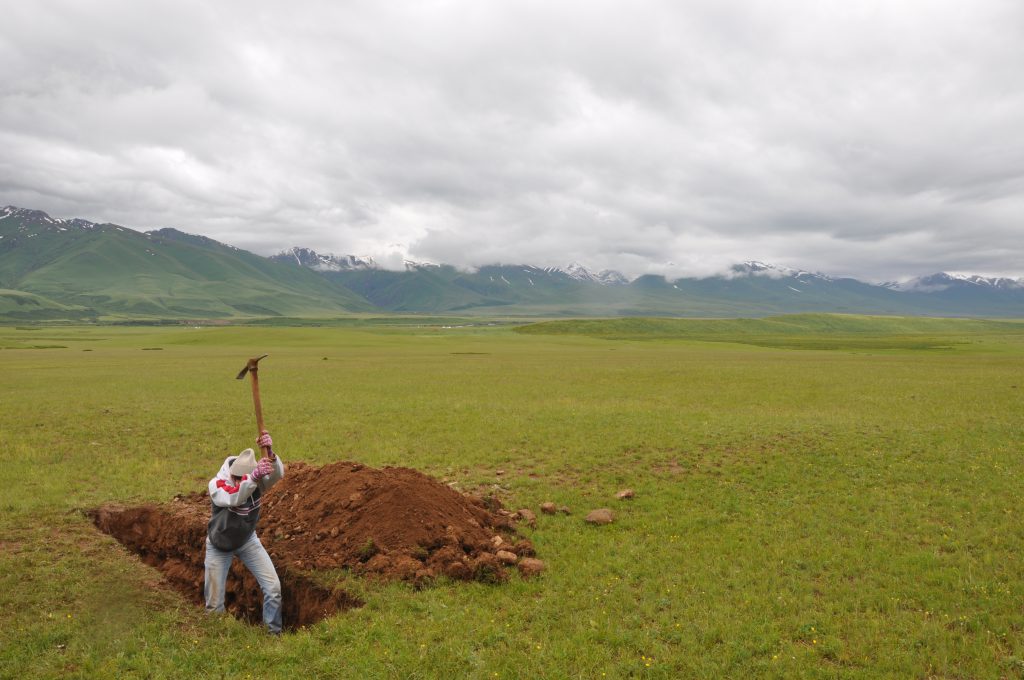 Digging a trench across a fault to find out when the last earthquake happened.

After one week we left Kyrgyzstan and moved on to Kazakhstan where we met the rest of the team in Almaty. We split into two parties: Eleanor, Austin Elliott (Univ. Oxford), Ramon Arrowsmith (Arizona State Univ.) investigated the surface ruptures of two strong historical earthquakes that hit the region in 1889 and 1911. They were led by Aidyn Mukambaev (Kazakhstan National Data Centre) and supported by Azad Moldobaev. Their investigations led them into the high mountains north of Lake Issyk Kul. This area is remote, at high elevation and characterised by very steep slopes. Fortunetaly, the local rangers supported them and Aidyn managed to organise a couple of horses. 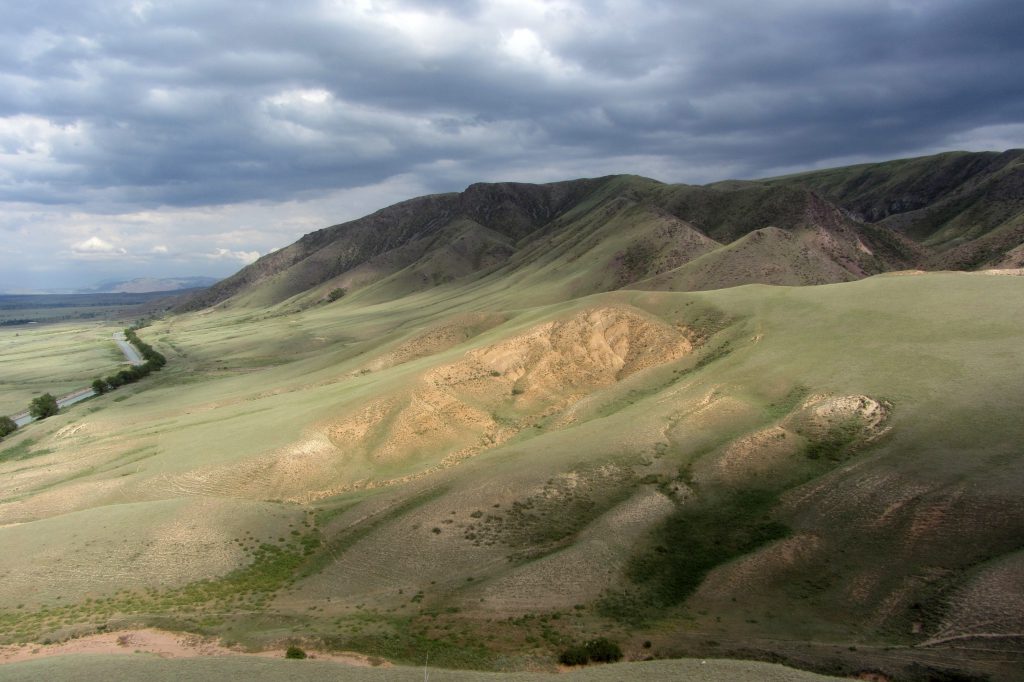 The mountain front east of Almaty.

The other team (Richard Walker and Barry Parsons from Oxford, John Elliott from Leeds, and me) meanwhile concentrated on the Almaty range front. East of Almaty we found some interesting sites with fault scarps that we surveyed with drones and DGPS. We sampled uplifted terraces for radiocarbon dating and we hope to get a slip rate for the main range front fault. West of Almaty we also looked at fault scarps that would allow us to measure slip rates. Plus, we prepared an excursion that will take place in the course of an EwF meeting to be held in Almaty later this year. 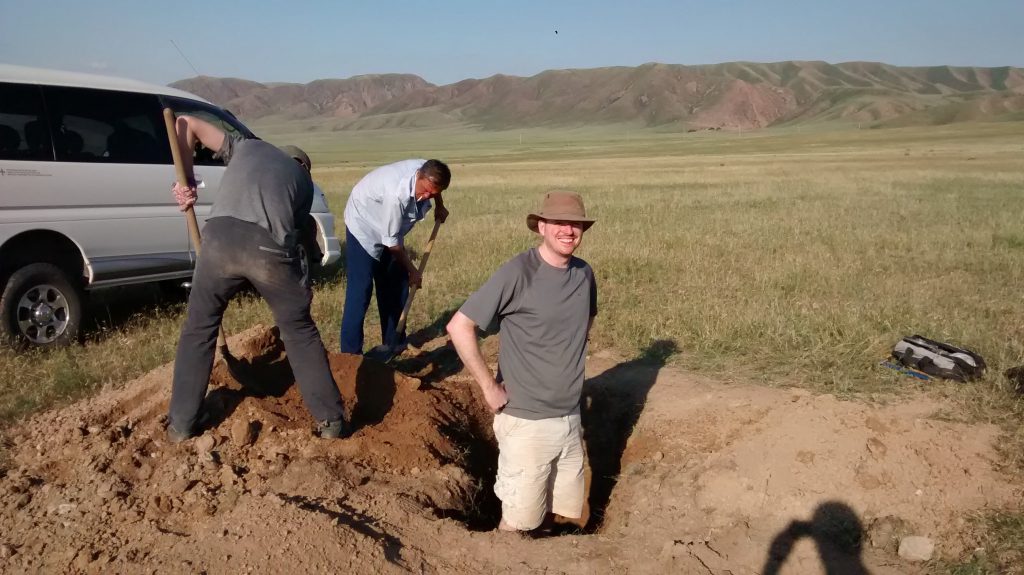 Digging pits to sample and date the alluvial fans.

Now we are back in UK with loads of data, but the field work season has just started. Tomorrow I will leave for another field trip to Kazakhstan with my colleague Angela Landgraf from Univ. Potsdam. There are so many faults out there and there’s so much to do! 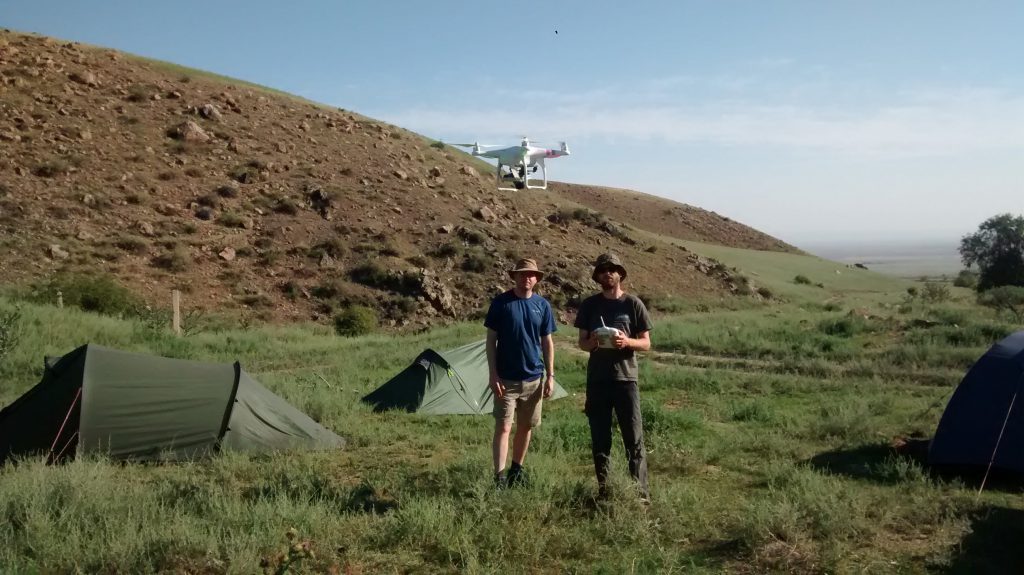 Richard and John fly the drone. 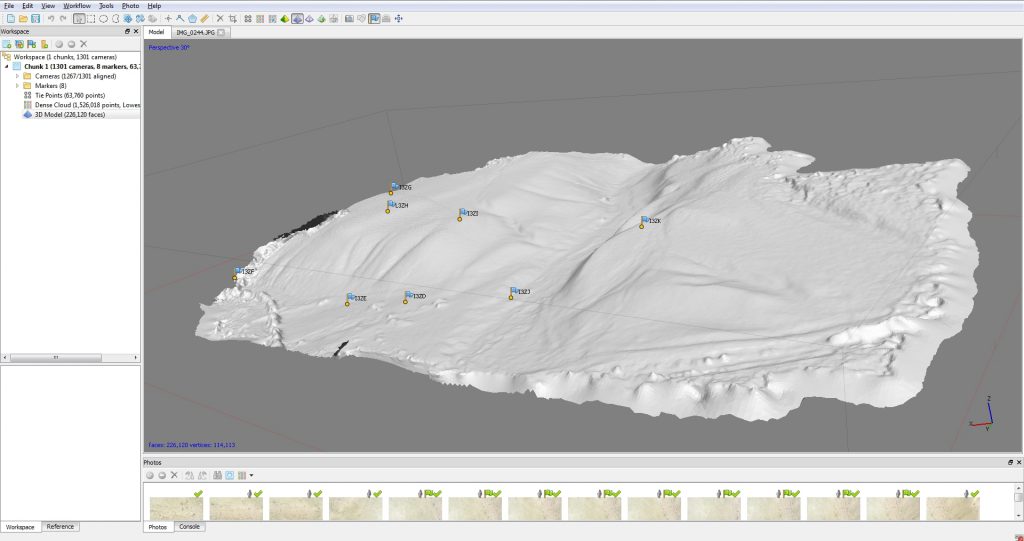 We can compute high-resolution digital elevation models from our drone imagery using the Structure-from-Motion technique.