One of the focus areas of the EwF project is the Tien Shan, especially the northern part of the mountain range in Kyrgyzstan and Kazakhstan. Here we can study how the continents deform as a far-field effect of the convergence between India and Eurasia. We investigate how the shortening is accommodated across the Tien Shan mountains and their forelands – Is the convergence widely distributed or rather localised on a few major structures? Which faults play a role in the regional tectonics and what can we say about their earthquake activity? What is the seismic hazard? What is the role of strike-slip faulting vs. thrust faulting? What do our observations tell us about the structure of the lithosphere?

The northern Tien Shan has experienced a series of severe earthquakes about one century ago. The two strongest ones were the 1889 Chilik Earthquake and the 1911 Chon Kemin event. We investigated the source area of the Chilik Earthquake in our past field campaigns, we mapped the surface ruptures remotely and on the ground, and we excavated the fresh fault scarp to find out about past earthquakes. Our results were now published in JGR – Solid Earth: 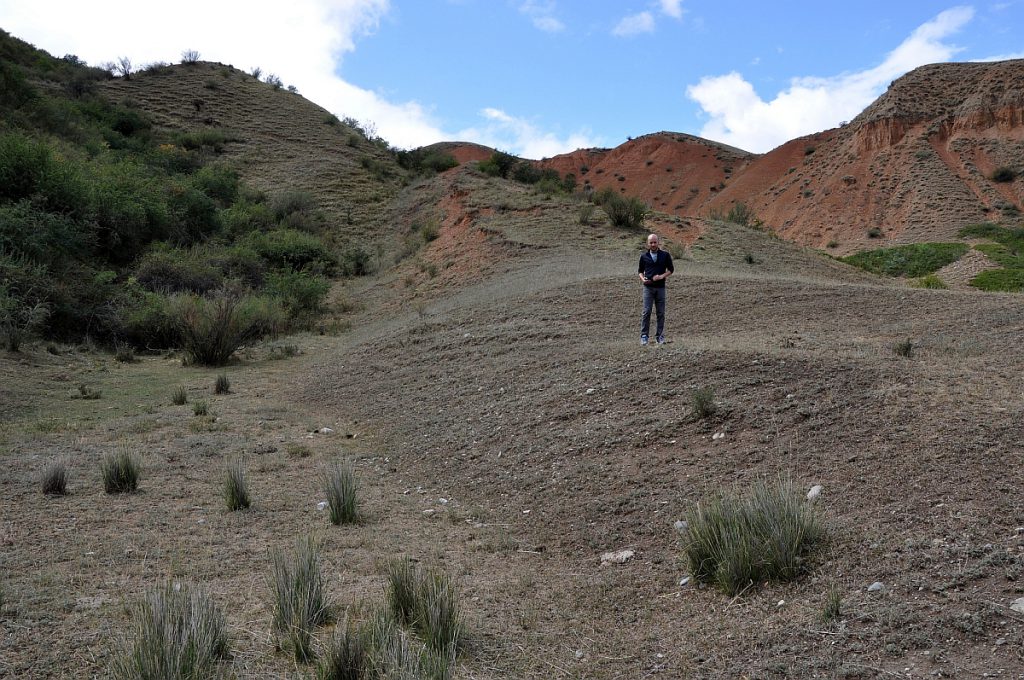 Austin Elliott stands on the scarp of the 1889 earthquake near Saty.

Our colleagues from Kazakhstan, Kyrgyzstan, Germany, and Arizona also published some great new studies on the tectonics of that region:

We are looking forward to some exciting joint field campaigns this summer!