Please note: This is an updated landslide density map following the 25 April earthquake in Nepal. The inventory does not yet include failures triggered or reactivated by the 12 May 2015 earthquake. 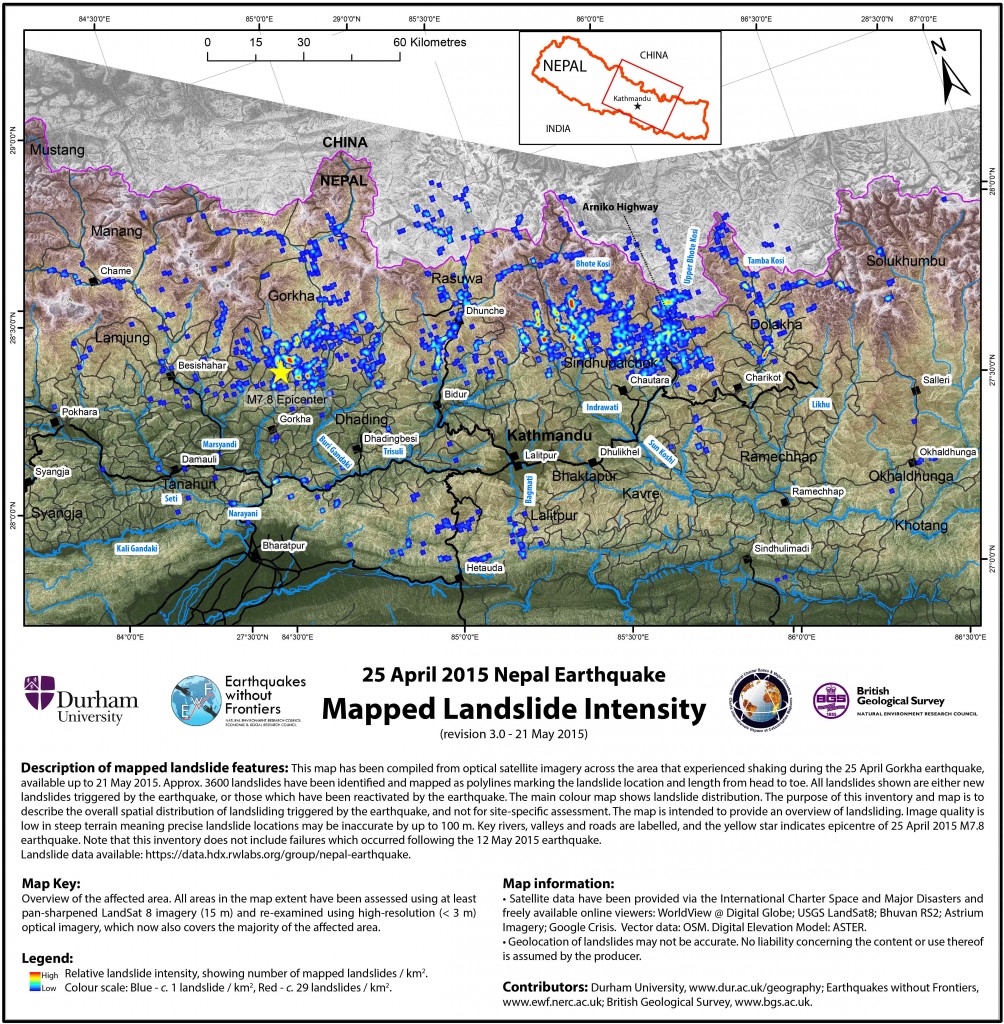 The purpose of this inventory and map is to describe the overall spatial distribution of landsliding triggered by the earthquake, not for site-specific assessment. The image quality is low in steep terrain meaning precise landslide locations may be inaccurate by up to 100 m. The landslides have been identified and mapped using optical satellite imagery across the area that experienced shaking during the 25 April Gorkha earthquake, available up to and including 21 May 2015, in addition to some reports from the ground where available. All landslides have been mapped as lines that start at the crest and trace the landslide path to its toe. The colour on the map shows the frequency of mapped landslides per km2, ranging from 1 to a maximum of 29, to illustrate the region wide landslide intensity.  Key rivers, valleys and roads are labelled, and the yellow star indicates epicentre of 25 April 2015 M7.8 earthquake.

Landslide data can be downloaded from: https://data.hdx.rwlabs.org/group/nepal-earthquake.

The individual landslide features mapped are also provided on District level maps for: