Until satellite imagery become available, we are using social media to monitor reporting of landsliding in the wake of this morning’s large aftershocks (M 7.3, M 5.6, and M 6.3) to the 25 April Gorkha earthquake. The 12 May aftershocks occurred at the eastern edge of the ‘patch’ that slipped on 25 April, directly beneath the area that was most affected by landslides triggered in the 25 April earthquake. The epicentre of the largest earthquake today (M 7.3) earthquake is located at Bigu (27.84°N 86.08°E), some 18 km SE of Kodari. 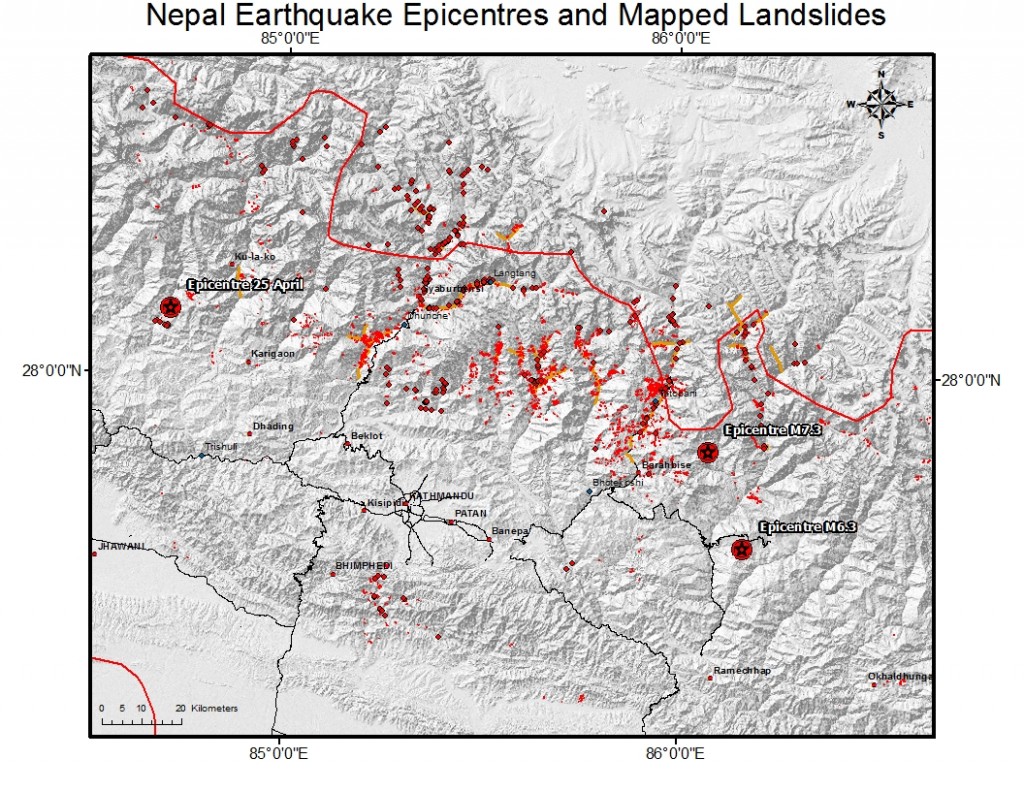 Figure 1. Location of epicentres and landslide distribution (until 11 May 2015).

The region affected by elevated Peak Ground Acceleration (PGA) is much smaller than that of the Gorkha earthquake, with a focus on mid-elevation slopes (between 2000 and 4000 m altitude) in Sindupalchowk, Dolakha and Ramechhap districts (Figure 2). 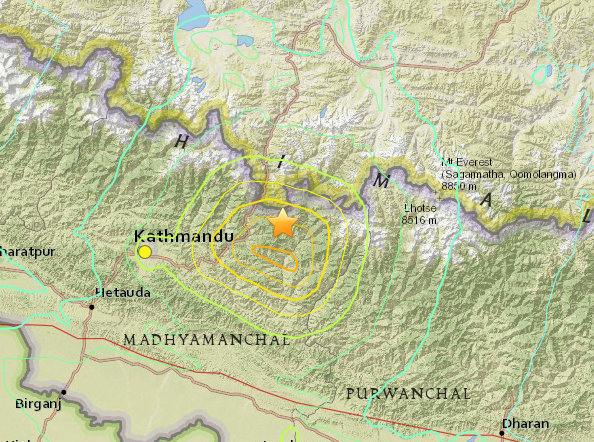 Figure 2. Peak ground acceleration (PGA) map (USGS) from the M 7.3 earthquake on 12 May (source: http://earthquake.usgs.gov/earthquakes/eventpage/us20002ejl#general_map), illustrating where landsliding may be expected

The area of Sindhupalchowk, Dolakha, and Ramechhap districts suffered from widespread rockfalls and debris avalanches. These landlslides were extremely common across parts of the landscape, and ran out long distances from their sources to the valley floors. They had devastating impacts on villages and road networks throughout the area.

Additional landslides in this area have already been reported on social media. Until satellite images are available, it must be assumed that the Arniko Highway and other transport corridors (e.g., roads in the Tama Koshi valley, and roads into Bhimeshwor) will be blocked by additional landsliding this morning.

The large Sun Koshi landslide dam, which formed in 2014, did not appear to be affected by the 25 April earthquake; there were no obvious changes to the dam itself, or to the water level behind the dam. We have recently acquired high-resolution imagery of the dam, taken between 25 April and 12 May, that appears to show some areas of cracking on the hillsides above the dam. This may indicate damage to the rock around the margins of the Sun Koshi landslide, which would increase the risk of further landslides onto the dam. It has not yet be possible to obtain field confirmation of this, however.

The 12 May earthquakes have raised the hazard at the Sun Koshi landslide dam for two reasons:

It is extremely important that the dam and surrounding hillsides are checked for damage as soon as possible, and the Arniko Highway closed to through traffic if additional signs of instability are found. It is also imperative that that the water level in the lake is monitored over the next 7-10 days to check for leakage caused by shaking on 12 May and to watch for signs of catastrophic failure.