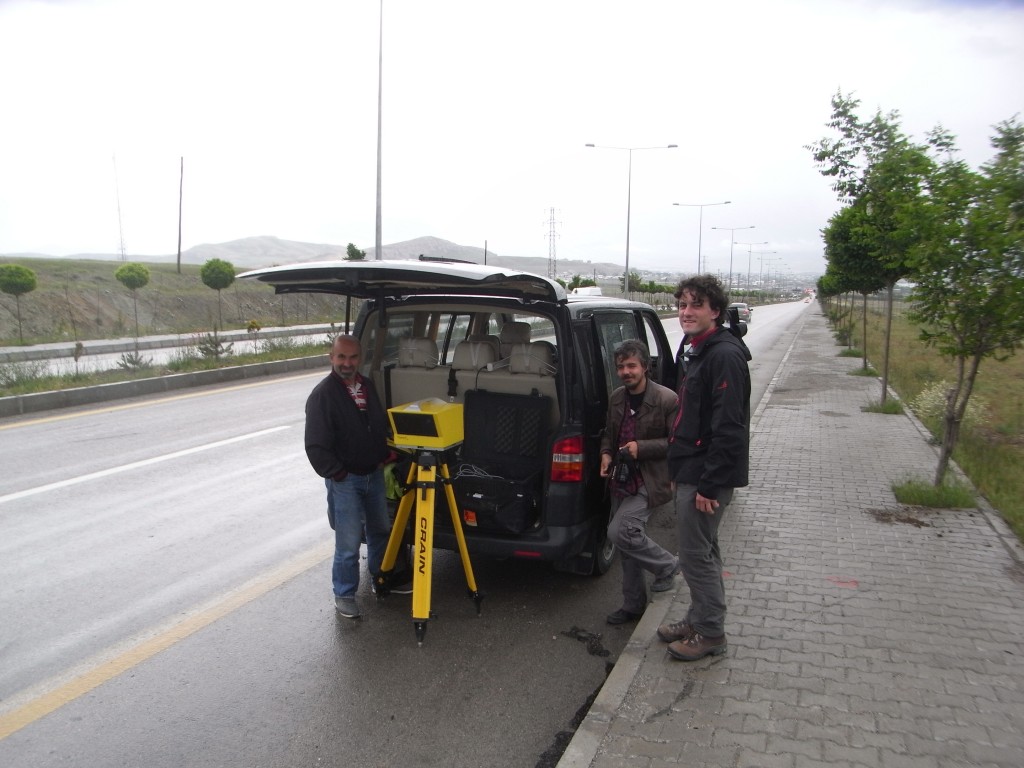 Laser scanning of the fault scarp at the surface where it crosses a road. This offers the potential for future repeated measurements that would show if the fault is creeping, and also produce a comparison to satellite derived observations of creep. Erhan Altunel, Yunus Kurban and David Mackenzie.

In October 2011 a magnitude 7.1 earthquake struck the cities of Van & Ecriş in Eastern Turkey killing over 600 people. Using satellite radar measurements, EwF scientists were able to precisely map the fault segments that ruptured in this event.. These observations were critical in showing that the slip in the earthquake remained buried between 8 and 20 km underground. However, this leaves a large shallow portion of the fault nearer the surface that has not broken, and field observations show that this fault is capable of rupturing in earthquakes, posing a continuing hazard to this city of half a million people.

Field excursions to the earthquake area were made in 2013 and 2014 to collect samples along the fault and measure the height of the scarp. These measurements will be used to calculate the slip rate along this fault segment. Also, additional splay fault segments have been identified in and around the city that may also have the potential to rupture. Understanding the behaviour of faults is crucial to determining whether they are able to stably slide over many years, or whether they are locked and can rupture seismically. This work is done in collaboration with in country partners in Turkey at the University of Eskisehir (Prof Erhan Altunel and Master’s student Yunus Kurban), and forms part of David Mackenzie’s (University of Oxford) PhD project. 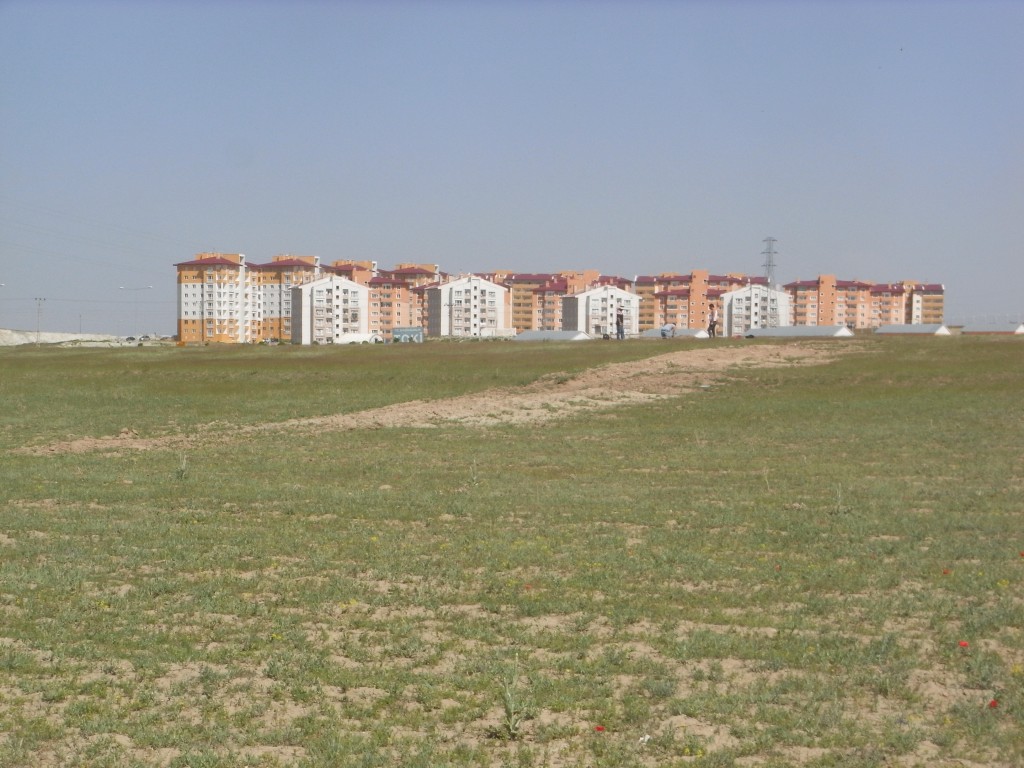 New apartment flats built at the northern end of the city of Van after the earthquake. The fault outcrops at the surface in the immediate foreground. The proximity of buildings to the fault highlight the importance of assessing the earthquake potential on this fault.