Why do we study earthquakes?

A review of the conference on “Earthquakes: from Mechanics to Mitigation”, organised by EwF and the British Geophysical Association (BGA), hosted by the Royal Astronomical Society and the Geological Society of London as part of their New Advances in Geophysics (NAG) conference series. The conference list of speakers can be found here.

Why do we study earthquakes? Is the aim to minimise economic losses? Do we want to save people’s lives? Or are we just interested in how the Earth works?

The recent conference on Earthquakes: from Mechanics to Mitigation at the Geological Society in London brought these questions into sharp focus. Over the course of two days geophysicists, geologists, engineers and social scientists met to hear about the range of ways in which people go about studying earthquakes. Are we trying to pin down the value of the static coefficient of friction on earthquake faults? Do we want to find out the history of earthquakes in remote parts of Central Asia? Are we concerned with the number of parameters in ground motion prediction equations? Are we trying to ensure that buildings we engineer won’t fall down and we won’t be sued? Or do we simply want to know how many people might die? Each of these is a valid question to be asking and each was addressed over the course of the conference. But motivation is a vital, and often much neglected, component of the research process and until we’re clear about our motivations we can’t be clear about how well we’re doing.

One recurring theme was a concern with the use of earthquake hazard maps. What do we want hazard maps for? And how do we assess whether or not they’re any good? Until such questions are answered, it is unclear how, or indeed why, they should be made; our motivations ought to be questioned. Eric Calais gave the disconcerting example of the misleading information that was available prior to the 2010 Haiti earthquake, both on the official hazard map and on the UN website. Might no map at all have been preferable to one that was wrong? An incorrect map can lead to complacency, yet, on the other hand, perhaps it is necessary to get a conversation started. Furthermore, having a map gives decision makers at least something to point to, even though they know it is wrong. But is this a legitimate safety blanket? 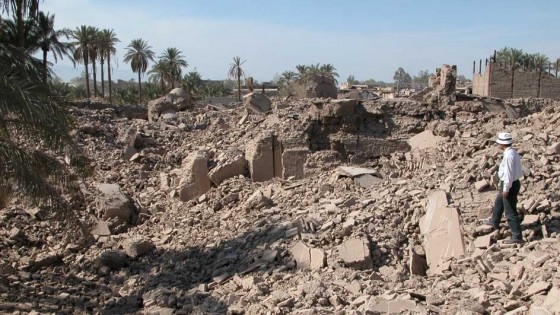 However, if loss of life is our primary concern, then might we be going about things in entirely the wrong way? As Seth Stein pointed out, on average more people in the US die each year from skateboarding accidents than they do in earthquakes. On this basis, we should be investing more in skateboarding safety than in earthquake research. So why don’t we? Perhaps it is because there is something more shocking and disruptive about earthquakes. In an earthquake, an entire society can become overwhelmed in a matter of minutes and this is emotionally and practically more difficult to deal with than a steady trickle of skateboarding accidents.

It is possible, therefore, to make a case for continuing investment in earthquake research, but the question we then need to ask is: what sort of research is needed? Corruption, poor decision-making, badly constructed buildings and sheer ignorance amplify any underlying seismicity to such an extent that these are the real causes of the tragic loss of life. Emily So suggested that if we’re interested in minimising earthquake fatalities, we should treat earthquakes as a public health issue. We should follow the lead of evidence-based medicine and try to pin down how and why people die in earthquakes and then work out how to do something about it. 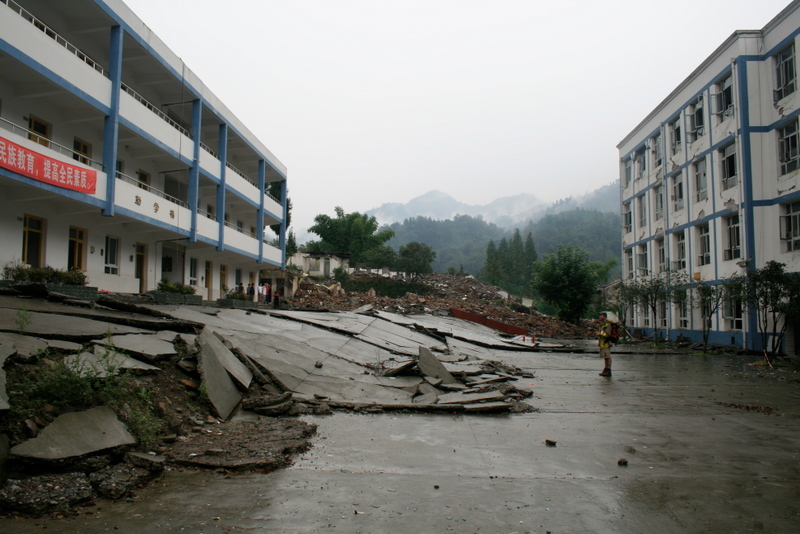 Figure 2: Fault scarp that formed in the courtyard of Bailu Middle School during the 2008 Wenchuan earthquake. The school buildings were less than one year old at the time of the earthquake and did not collapse. It is possible to save people’s lives.

There are success stories in this regard. Ruben Boroschek explained how rigorously enforced building codes in Chile limited the death toll in the recent 2010 earthquake. Engineers know what needs doing to stop buildings collapsing, but Chile unfortunately remains an isolated example. Chile experiences a magnitude 8 earthquake roughly every 15 years and over 200 perceptible events every single year; the population simply isn’t allowed to forget about the ongoing threat of destruction. Furthermore, engineers can be sued if their building falls down. Other countries with poorer building codes, meagre financial resources, and longer earthquake recurrence intervals, will find it harder to replicate Chile’s success.

None of this is to say that the science isn’t necessary; some exciting developments are occurring here too. For example, Giulio di Toro presented results of recent high pressure rock friction experiments and Richard Walters gave as a glimpse of future plans to process radar data in near real time to build up global maps of where strain is accumulating. We just shouldn’t kid ourselves that science alone will solve all our problems. It was a fascinating conference, but also a reminder of the importance of working across disciplines and being clear about what we’re aiming to do.