We are now 18 months into our five-year Earthquake without Frontiers research programme which involves a dazzling number of researchers from the natural and social sciences, and around 20 institutions spread across four case study countries.

The field research is being undertaken in Nepal, India (Bihar State), Kazakhstan and China (Sichuan and the Ordos Plateau). Already, on the social science side of the project, a common problem – how to build resilience in the context of earthquakes – is taking a very different form.

As Katie and Sam reported back in October, the national level governance structures in Nepal are generally weak following a decade-long civil conflict and an ongoing political impasse.  Despite this, there are a wealth of bilateral, multilateral and NGO agencies and institutions driving forward the earthquake risk reduction agenda.  With so many actors involved, coordination challenges arise, but achievements are being made including the retrofitting of hospitals and schools, urban search and rescue training, the training of local masons in earthquake safe construction, and the rolling-out of community-based disaster risk reduction programmes.

Just across the border in Bihar State, Katie and Sam reported on a very different governance context.  Like Nepal, Bihar has a long history of weak governance and under-development; however Bihar has undergone a transformation in recent years.  The Chief Minister has made disaster risk reduction a priority and there are now strong state institutions in place including a State Disaster Management Department and Authority, with funding from the State Government.  Here, emphasis has been placed on awareness-raising amongst government stakeholders and the wider public to create a demand for earthquake safety, in particular, earthquake safe construction.

In China, the structures of national and regional government are generally well functioning and effective, impressively so. But this, we sense, may create the problem of a local-level gap at times of crisis, when formal structures are interrupted but there are no informal alternatives at the community level.   In Kazakhstan our research is only at an early stage, but here the issue of post-socialist transition will loom large, we expect. While there are some visible signs of a ‘seismic culture’ – for example in the ‘earthquake-proof’ wooden cathedral, reputedly built without a single nail – our initial discussions do not lend us to think that this culture has survived through the turbulence of the Soviet and independence years. 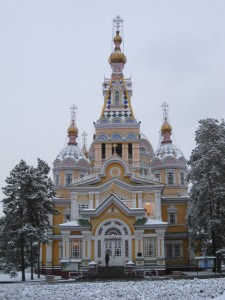 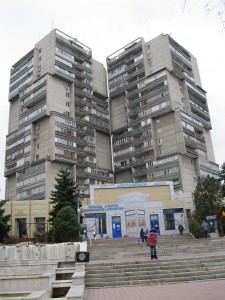 A key question, of course, is whether this is a case of ‘horses for courses’, where we should both expect and celebrate difference: that the desired end of resilience can be secured in very different ways and that these need to be sensitive to national histories, cultural contexts, development capacities, and political realities. Or, alternatively, are these different approaches compromising the ends? Perhaps unsurprising, it is likely that the ‘reality’ lies somewhere between these two positions, but this raises the question of what cross-country learning can be achieved.  The recently launched Sharing and Learning on Community Based Disaster Management in Asia Project, a collaboration between the UK-DFID, the Chinese Government, developing countries in Asia and the UNDP, is an interesting example of cross-border cooperation and engagement for disaster risk reduction.  With Nepal identified as one of the project’s initial partner countries what, exactly, are the lessons for Nepal from China in terms of the country’s top-down approach to disaster management; and for China, in terms of Nepal’s vigorous NGO and community-engagement with earthquake hazard?